This week an article written by the Smithsonian’s SCUBA-Queen Laurie Penland (not her official job title) was published in Smithsonian Magazine featuring work being done by MarineGEO. The project is part of an ongoing study looking at the biodiversity of our oceans.

All the action in the article is from a field trip to Carrie Bow Station on the barrier reef of Belize (second largest in the world.) I managed to snap a few pictures while I was there. You can walk around the island in five minutes and it looks like a cartoonist’s vision of a tropical desert isle.

Seriously, this place is ridiculous. 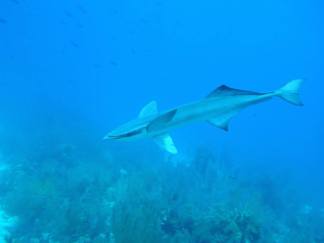 This is a remora. They are evil and will eat your soul…OK, not really, but they are super annoying. 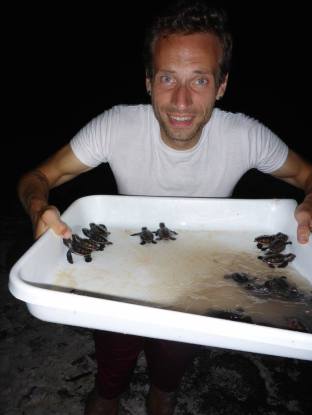 Holy crap, baby turtles! We were saving them from the ravenous hermit crabs. (photo: Laurie Penland)